Forget Chocolate Eggs: Look For These Android Easter Eggs Instead 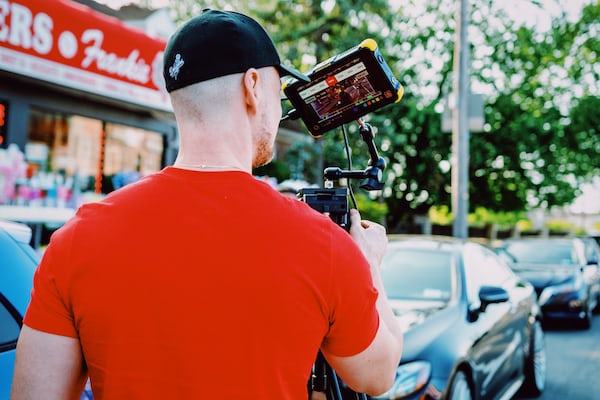 Forget Chocolate Eggs: Look For These Android Easter Eggs Instead

As Easter returns and chocolate treats abound, here’s an egg hunt you can go on using nothing more than your phone.

You might have a wonderful Easter weekend with more chocolate than Augustus Gloop on a cheat day, but we all know that the real fun is in the thrill of the chase.

Chocolate is just one of the things you can search for, but the Android operating system has been offering so-called Easter eggs for a few years that you can search for with such joy (well, almost) and unlike the variety of chocolate eggs. You won’t be stuck outside for hours looking for the last egg hidden in the deep grass at the bottom of the garden, because there’s an easy way to find these software oddities on Android.

How can I find Android Easter Eggs?

To find the hidden Easter egg on your phone’s Android version, simply open the “Settings” app, tap “About phone” and scroll down to “Android version.” Tap this option repeatedly and quickly with your finger, and the easter egg will appear soon. That’s all we can say about it!

Here is a list of recent hidden gems, but only read on if you want to know what surprises await you.

Once you have activated the Easter egg in the latest version of the operating system, a clock will appear on the screen, which you can set by touching the screen. When you move the hands to 12 o’clock, the Android 12 screen appears. Take a look at the result below, on the Xiaomi 12 Pro, to try:

The Android 12 Easter egg on the Xiaomi 12 Pro

Admittedly, despite being the latest iteration of the hidden feature, this one is actually a bit of a disappointment, like that heartbreaking moment of biting into a hollow Easter egg when you were expecting a sweet filling. Previous editions were actually a bit more adventurous, so read on to see what came before.

If your phone is running last year’s edition of Android, there’s still something waiting for you.

Once you’ve followed the same instructions, you should see a volume graph appear, so rotate it with your finger until the number 11 appears. Once you’ve turned it up to 11 (a Spinal Tap joke, particularly loved by our editor Alastair Stevenson), you should find that a large number 11 will appear, along with a small chat pop-up as well (and yes, Al is quite partial to cats as well if you want to know). This is what you should see, as seen on the Redmi Note 10 Pro:

The Android 11 Easter egg on the Redmi Note 10 Pro

However, the fun doesn’t end there! If your phone supports it, you can open the Widgets screen by pressing the power button on your phone, and from there you should select the Settings icon and choose Add Widgets. Choose “Cat Controls” and you’ll have access to a delightful mini-game where you fill the water bottle and food bowl to attract your very own virtual cat.

Android 11 is our favorite of all the hidden features listed here; you have to say the easter bunny did a good job this time.

There’s also a cool little game hidden away if you also have Android 10.

Once you wake up the Easter egg, you’ll find the number 10 spelled out, but once you rearrange it to spell the letter “Q,” you’ll have access to a Picross puzzle.

As shown in the image above, you can manipulate the screens here to display Android software icons, such as the volume button.

There’s more than one sweet treat this version of the OS alludes to, as it was the last time Google officially used a dessert name in the title; “cake” in this case.

Sadly, you’ll only get the full flavor of this if you have a Pixel phone (and if you do, you should have already updated the OS because they’re all at least eligible for Android 10).

Follow the instructions at the top of the page and you will find the Android Pie P symbol surrounded by stripes that can change color. But if you have a Pixel smartphone, tap it continuously to reveal a cute little doodle notepad.

You have reached the end of the road! That’s it for our Easter egg roundup, but we’re certainly hoping that Android 13 will also contain an Easter egg (and a better one than last year’s for sure), when it’s introduced to developers later this year at Google I/ Or 2022.