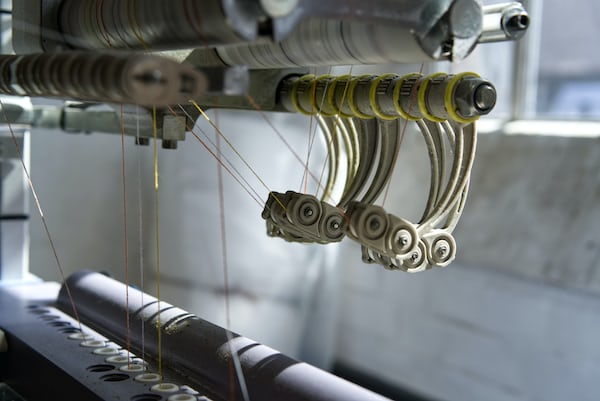 The puzzling issue of Apple’s new Stage Manager feature in iPadOS 16 took another strange turn after a developer discovered that the 64GB version of Apple’s iPad Air M1 doesn’t have a virtual memory swap, though it was previously reported as a bug. requirement for functionality. .

Aside: TIL Virtual Memory Swap is only compatible with iPad Air (M1) with 256 GB of storage or more. Stage Manager works on iPad Air (M1) on all storage sizes, so swapping is not a critical dependency. little interesting information

Aside: TIL Virtual Memory Swap is only compatible with iPad Air (M1) with 256 GB of storage or more.

Stage Manager works on iPad Air (M1) on all storage sizes, so swapping is not a critical dependency. Little curious information pic.twitter.com/FPnklFay6c

With iPadOS 16, Apple introduced a new Stage Manager feature that allows users to multitask more flexibly on its best iPads, the M1 iPad Pro (2021) and iPad Air. From Apple:

For the first time on iPad, users can layer windows of different sizes in a single view, drag and drop windows from the side, or open apps from the Dock to create groups of apps for faster, more flexible multitasking. The app window that users are working on is displayed prominently in the center, and other open apps and windows are arranged on the left side in order of age.

As noted, this feature is limited to the iPad M1s, including the aforementioned 64GB iPad Air, and we were led to believe that was because virtual memory swapping was a requirement, at least in part. A post-WWDC 2022 Digital Trends article included information that seemingly confirmed this requirement:

According to Apple, Stage Manager is exclusive to the M1 chips due to iPadOS 16’s fast memory swapping feature, which Stage Manager relies heavily on.

This article no longer includes this information, and an update states that “In a previous version, this article included indirect attribution to Apple regarding details of Stage Manager memory requirements.”

The problem is that it would be quite controversial if Apple had said Virtual Memory Swap was a requirement for Stage Manager if the 64GB iPad Air doesn’t have this feature but can use multitasking update.

A statement issued by Apple does not specifically refer to VMS:

“Stage Manager is a fully integrated experience that delivers an incredibly fast and responsive new windowing experience and enables users to run 8 apps simultaneously on iPad and an external display at up to 6K resolution. The immediacy that users expect from the iPad touch experience requires large internal memory, ultra-fast storage, and flexible external display I/O, all of which are delivered with iPads with the M1 chip.”

In an interview, Apple’s Craig Federighi discussed the limitations and requirements of the feature, noting:

“Only the iPad M1 has combined high-capacity DRAM with very high-capacity, high-performance NAND, enabling our virtual memory swapping to be super-fast. Now that we allow you to have up to four apps on a panel plus four more, up to eight apps are instantly responsive and have a lot of memory, we just don’t have that capability on other systems.”

While he did at least reference VMS, he didn’t state that it was an explicit requirement for the feature and also noted that there were other limiting factors, including high-resolution external display support that only comes with the iPad M1, as well as graphics performance. .

When contacted by ComoHow, Apple referred us to the original statement provided above, which, as noted, does not make virtual memory swapping a requirement for functionality. However, he notes that “large internal memory” is one of many factors needed to boost the feature.

Since Stage Manager runs on the 64GB iPad Air and the 64GB iPad Air doesn’t support virtual memory swapping, it seems clear that it’s not a requirement for functionality, but it helps in terms of implementing its use. In Apple’s interviews and statements, the company further pointed out that there are other limiting factors, such as external display support and I/O control, fast storage, and graphics performance.

Until iPadOS 16, Apple was criticized for putting high-powered M1 chips in its iPads without giving users features or software capabilities to take advantage of the extra juice. Unfortunately, some strange messaging about the first-of-its-kind feature to take advantage of this means the change hasn’t landed on a secure footing.

As ComoHow’s Christine Romero-Chan said this week, it might have been better to give us more powerful ‘Pro’ level apps to run on the M1. If you’re craving one of the spiciest M1 iPads around, the upcoming Prime Day iPad deals are a great place to start.