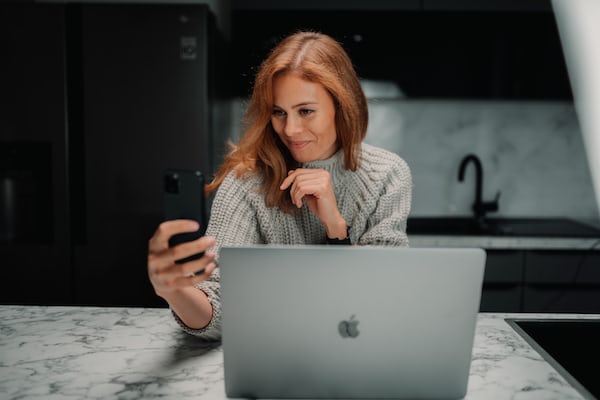 Apple may be planning to launch a new 15-inch MacBook Air in 2023, along with larger versions of its 13-inch model and a new, larger 10-inch iPad model, according to a new report.

The news comes from Ross Young and DSCC’s quarterly Advanced Computer Visualization Technology and Shipments report. According to the DSCC roadmaps, Apple plans to release a 15-inch MacBook Pro next year. While this isn’t the first time we’ve heard that Apple is possibly considering a larger MacBook Air, it’s the first more concrete rumor we’ve heard about a possible larger MacBook.

Internal Apple emails reveal that Apple was considering a 15-inch MacBook Air in 2007 while Steve Jobs was still at the helm, ultimately settling on an 11-inch and 13-inch model. More recently, Bloomberg’s Mark Gurman reported in January 2021 that Apple had previously considered the larger form factor but decided against going ahead with it, but didn’t completely rule out the possibility.

Young and DSCC also report that Apple is planning a larger 10-inch iPad model, possibly indicating that the base iPad model is being redesigned to align with Apple’s design language. iPad Air and iPad Pro M1 (2021) that would make room for a larger screen. The report ultimately claims that Apple is planning a larger MacBook Air that is still in a 13-inch form factor but with a larger screen than the current design.

A report by Mark Gurman earlier this week indicated that a new MacBook Air was still a few months away. We had already heard that it would happen quite early this year. Ming-Chi Kuo also cast doubt on the possibility of a new Apple M2 silicon, suggesting that it would come with an M1 chip instead.