There’s an annoying problem with the iPad Air 5 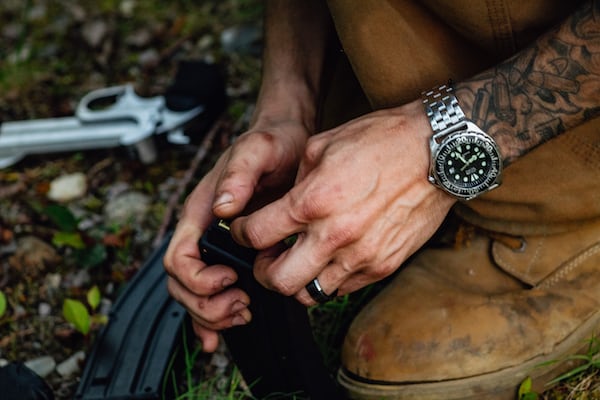 There’s an annoying problem with the iPad Air 5

REVIEW: Apple has introduced the iPad Air 5, updating its best all-around tablet with a number of healthy additions across the board.

Like the 2021 iPad Pro, the new 2022 edition of the iPad Air is powered by the M1 chip, ensuring that it will be able to handle any task you throw at it with relative ease based on our experience with other CPU-powered devices. It matches the iPad Mini 6, adding optional 5G if work on the go is essential, and some camera upgrades too. Oh, and it comes in a downright tempting blue color.

I’m sure you’ll agree these are welcome changes, and while I don’t think I’m telling those who’ve invested in the iPad Air 4 to start saving up for the new model, it might as well be the default choice we recommend to everyone. most buyers. After all, I gave the iPad Air 4 five stars when I reviewed it.

But I had a problem with the iPad 4 which, to my chagrin, has yet to be resolved.

While the iPad Air starts at a fairly reasonable price of £569/$599, that initial outlay only gets you 64GB of storage. For a device meant to be loaded with movies, games, and other apps, that’s an incredibly meager amount. And since it’s an iOS device, you can’t compensate for this issue with an SD card like you can on the Galaxy Tab S8.

The lack of a 128GB option for the iPad Air 5 means there’s no sweet spot between tall and short sizes here, and that’s a real shame.

64GB may be enough for some, but that storage will fill up much faster than expected. A download of Dune, purchased from iTunes, takes up almost 7 GB, while a movie downloaded from Disney Plus takes up about the same amount of space.

Once you’ve stored a few movies for offline viewing, installed a few of your favorite games, and transferred to your photo library, that space will start to feel very small.

There are, of course, ways around this. You can simply stream content or use cloud services like iCloud or Google Photos to store your snaps and other files. But unless you’re always connected, it’s not very useful. I mostly use a tablet on the go, on trips, on planes, and in places where there’s no Wi-Fi or mobile connection, and I tend to have a lot of content stored offline.

For the most part, I think the new iPad Air looks great and the improvements will be great for those who haven’t upgraded their tablet in a while. But starting with 64GB of storage and not offering a medium-sized 128GB option is a real hassle.