These 4 iPad Prime Day deals are still going, but not for long 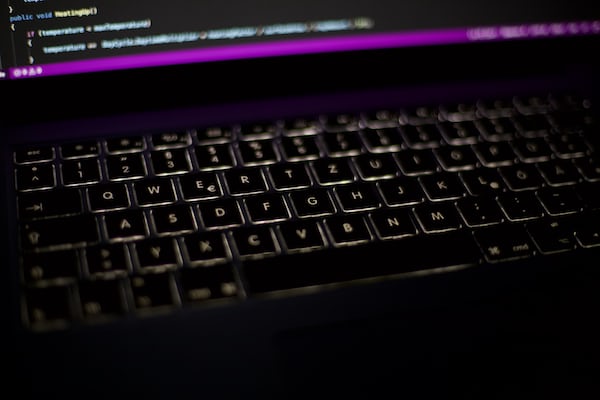 These 4 iPad Prime Day deals are still going, but not for long

Just like last year, this year’s Prime Day saw fantastic discounts on Apple’s iPad. We are constantly updating our list below with the best deals. The last hours of Amazon’s 48-hour sale event are almost over and those prices will be gone. If you need an iPad and don’t want to wait until Black Friday for the next big sale event, check out the best Prime Day iPad deals (updated hourly).

First day at a glance

Prime Day is officially here, so don’t waste time and get the latest and greatest Apple tablets at their best prices.

Not sure which iPad is right for you? Don’t worry, we’ve got you covered – we’ve tested and compared them all in our complete guide to the best iPad.

The iPad (2021) is a super solid tablet option. It’s more powerful than the previous version, with a few extra features to boot. As long as you’re not looking for something too fancy, the 10.2-inch iPad will do just fine, playing games, taking notes, and browsing on safari. It’s had some good deals in the past, and Prime Day looks to have some solid ones this year too.

Plenty of storage here if you’re looking for a tablet companion, especially if you’re just looking for something to stream TV, read books, or browse social media.

. The Cellular option will allow you to browse on the go, without a Wi-Fi connection. This will require a cellular plan to go along with it, remember.

The iPad Air 5 is the latest iPad in the lineup, offering Pro features at a mid-range price. It’ll handle gaming and other heavier workloads like they’re not bothering you, and even handle light productivity tasks. With the M1 chip also included in the Pro range, it’s also capable of photo and video editing, perfect for those holiday builds, or even professionals on a budget. It’s seen some discounts since launch, but Prime Day should have the best of it.

The iPad Mini is a great option for those who want something a little smaller. It slips easily into a bag or carry-on, and its size makes it perfect for one-handed use. It’s pretty powerful, with an A15 Bionic chip making everything tick and a Liquid Retina display dominating the bezel-less front. There have been some great deals on the iPad Mini since its launch, many on Prime Day.

The iPad Pro is the biggest and most powerful in the lineup, and while the iPad Air may have caught up with its M1 chip, the Pro still has a few tricks up its sleeve. Liquid Retina displays are bigger, with two different size options in the case of an 11-inch and a 12.9-inch model, the larger of which features ProMotion, which will make swiping and tapping smoother. . The cameras are better too, and if you connect them to an external keyboard, you effectively have a laptop. If you are looking for a keyboard, here we have the best keyboard cases for iPad Pro.

When will we see Prime Day iPad deals?

Will I need an Amazon Prime account for Prime Day deals?

In a word, yes. Long story short, you’ll need an Amazon Prime account to get the best Prime Day deals, but you can find great deals that Amazon has made available to customers who don’t pay monthly for the privilege. Double check on a product page, and if it doesn’t say anything about Prime Day, you’ll be able to take advantage of the discount without needing an Amazon Prime account. Pay attention elsewhere too: Often many other retailers try to beat Amazon with equally good deals.

In some cases, these deals may actually be better: Pay close attention to the likes of Walmart and take aim at who in previous years has beat Amazon’s already pretty stellar deals. Of course, we will also bring you highlights from other stores.

There’s always Amazon’s 30-day Prime trial which, if you haven’t had one before, is definitely worth checking out, especially around Prime Day. Not only will you get access to Prime Day deals, but you’ll also have the opportunity to try free next-day delivery and other benefits exclusive to Amazon Prime subscribers.

We’ve rounded up and curated the best iPad deals of the past year, and put them here for your safekeeping. While they may not reflect the Prime Day 2022 iPad deals, they will give us an idea of ​​what you can expect on the big day this year. It’s worth keeping in mind that these deals came around the same time as the stockouts, so retailers are more likely to offer healthier discounts on some of these older models.

Apple’s biggest and shiniest tablet, designed to rival laptops. It has the same M1 chip as the 2020 MacBook Pro and a stunning Liquid Retina XDR display. If you’re quick, you can find one for $100 off on Amazon.

The iPad for the mobile professional with all the power of its 12.9-inch big brother, but with a smaller, more portable screen. Currently available on Amazon for $50 off.

The 2020 iPad Air is the most impressive yet: an M1 chip, a beautiful 10.9-inch display, and a sleek, pro-inspired industrial design. Although this is the newest model, it can currently be found on Amazon for a handsome $40 discount off the list price. Not bad.

There’s a reason Apple keeps making the iPad with Touch ID, because it’s still so good. No, it may not be as powerful as its siblings, but it’s still a great option for streaming videos, reading, or browsing social media. Currently, it’s $20 less on Amazon.

Which iPad Prime Day deal is right for me?

There really is an iPad for everyone, from the small and light iPad Mini 8.3 to the huge and powerful 2021 iPad Pro. But beyond price, how do you know which iPad and which iPad is right for you? We’ve put together some iPad tips you might need, depending on your use case.

The iPad Mini is a brilliant choice if you’re looking for something a bit larger than your phone, but not as chunky as some of the larger bag-filling options. It’s small enough to fit in most bags (and some pockets, if you’re brave enough) and powerful enough for almost all your tablet needs. It’ll play Apple Arcade games, run all your favorite streaming services during long car rides, and even take some pretty pictures if you need a bigger screen than your phone when taking your vacation photos. you can get one for $409 on Amazon right now.

Go bigger and you will see some options. The iPad 10.2 is a great size for mobile computing in the home, but its design is starting to age compared to the rest of the line. However, its A13 processor is still very powerful, and at $309 it offers excellent value for money. For just over $200 more, you’ll get the new iPad Air 2022, a very impressive tablet. It’s slightly larger at 10.9-inches and significantly more powerful with an M1 chip in its slim frame. Honestly, it’s worth it, and if you can afford it, $549 on Amazon is a great price for Apple’s latest tablet.

For the advanced iPad user, the M1 iPad Pro range is not just an obvious choice, but a good one. These are Apple’s most powerful tablets, bringing not only laptop-grade M1 chips to the table, but also a 12.9-inch Liquid Retina Pro XDR display. It has the same accreditation as Apple’s Pro Display XDR and offers even better HDR performance than previous iPad Pro displays. However, the price is high: on Amazon you will have to shell out $749 for the 11-inch version and $999 for the 12.9-inch version. Prices will also increase for additional storage options, up to $2,000.

For more on Apple Prime Day deals, be sure to check out our selection of hubs below: