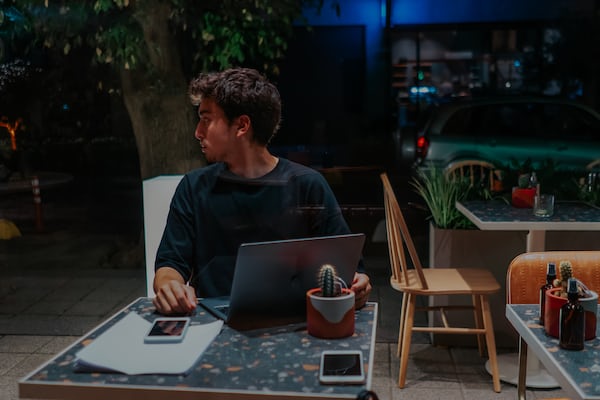 Author Robert Kiyosaki posted a dire prediction through his Twitter account and warned his followers about buying Bitcoin. This could be one of the few ways to protect yourself against a possible future global calamity.

Related Reading | Bitcoin and Retirement: US House of Representatives Bill to Include Crypto in 401(K) Plans

DAVOS, Switzerland The IMF warns that the world faces the greatest financial challenges since World War II. The global catastrophe has been brewing for years. Desperate leaders will do desperate things. Is the labor war coming? May God have mercy on us. He save gold, cash, bitcoin, food, guns and bullets.

Kiyosaki has been a Bitcoin bull for many years. The author recommended his audience to buy the cryptocurrency with gold, silver and other precious metals on several occasions.

These assets can help average investors hedge against the “death of the US dollar.” This seems to be the final scenario of the current macroeconomic situation, from Kiyosaki’s perspective.

Kiyosaki denounced the alleged involvement of the US Federal Reserve (FED) in the creation of debt, which caused the price of Bitcoin to rise. The author claimed that the Fed is dead because it “lent” large corporations money that “cannot be repaid.”

During the pandemic, the Fed and other central banks around the world increased their money supply in an attempt to avoid a major hit to the global economy. As a result, the world is facing rising global inflation.

Don’t look at the price of Bitcoin

This seems to be the beginning of Kiyosaki’s prediction for the US dollar and the current financial system. When the price of Bitcoin rose, he wrote via Twitter:

Bitcoin boom outpacing gold and silver. What does it mean? It means that you better buy as much as you can now. The train is moving. Dying dollar. Money remains affordable for everyone. When the dollar falls, what matters is not the price, but the amount of gold, silver or bitcoin you own.

In this narrative created by Kiyosaki, the US FED and the US government are the bad guys. On the other hand, Bitcoin seems to be the savior of a story that seems headed for disaster.

Some users have responded to the author stating that his prediction is exaggerated. Most agree that the current financial system is facing a crisis, but do not foresee an apocalyptic outcome requiring bunkers and bullets.

Related Reading | El Salvador doubles down and buys 500 BTC down

At time of writing, BTC price stands at $30,300 with sideways movement in the last 24 hours.