iPadOS 16: These are the best features coming to your iPad 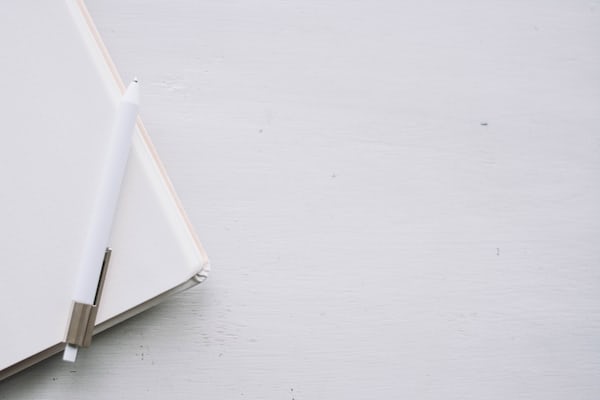 iPadOS 16: These are the best features coming to your iPad

Apple announced many new software updates at this year’s Worldwide Developers Conference (WWDC). Some of the best new features are coming to iPad with iPadOS 16. I had a brief opportunity to try out the first developer beta of iPadOS 16. I’ll be diving deeper into the operating system in the coming weeks and months. I quickly identified my favorite iPadOS 16 features and a few things that concern me, at least for now. Looked.

Apple occasionally releases updates to iOS, iPadOS, watchOS, tvOS, and macOS as closed developer previews or public betas. Although beta versions contain new features, they also contain pre-release bugs that may prevent normal use of your iPhone, iPad, Apple Watch, Apple TV, or Mac, and are not designed for everyday use on a mainstream device. This is why we strongly advise you to stay away from developer previews unless you need them for software development, and use public betas with caution. If you depend on your devices, wait for the final version.

Pretty much the same reasons I’m excited about Stage Manager on the Mac are why I’m excited about its entry on the iPad. The new feature provides a new way to multitask on the tablet. In this case, for the first time, you can have overlapping windows in a single view. The feature should make it easy to switch between apps and create the perfect workspace, as you can also resize apps.

I’m all for bringing more organizational tools to my iPad Air, and look forward to spending more time testing Stage Manager in the days to come. For now at least, it looks like my favorite new feature on two separate platforms, iPad and Mac. Still, it won’t be available on all major iPads, as you can read below.

I want someone at Apple to explain why the native weather app hasn’t made it to the iPad yet. It is evidence. It should have happened earlier. Anyway, thanks, Apple; It was time.

Before WWDC, we heard rumors that Apple was planning to make iPadOS more like macOS. Honestly, I’m not sure we saw that in the keynote, though Stage Manager pushes iPadOS a bit in that direction.

Apple’s decision to bring “desktop apps” to the iPad could prove very interesting on this front.

According to Apple, the desktop apps “will enable new features optimized for the iPad screen, from system elements and interactions to new features available on the Mac.” These will include “a consistent system-wide undo and redo experience, a redesigned find and replace experience, customizable toolbars, the ability to change file extensions and view the size of folders in Files, and more.”

That all sounds good, but it’s probably best to play a wait-and-see game. Over the years, Apple has promised a more desktop-like experience on the iPad, and that’s never been the case. So maybe this is when it happens.

Another favorite I can’t wait to see on iPad (and Mac) is the addition of “My Sports” to the Apple News app. The feature will make it easy to find content about your favorite sports teams and check out the latest results with just a few clicks. Unfortunately, the tool is not available in the first developer beta of iOS 16. Hopefully, it will be available in the next one in the coming weeks.

As a single mom, I often end the day with a goodnight FaceTime message to my daughter. These conversations usually start on my iPhone, even though my iPad is often in the same room. With Apple’s new set of software features, it will soon be possible to start a FaceTime conversation on one device and seamlessly switch to the other. If it’s as awesome as Universal Control, definitely sign me up. This is another one of those iPadOS 16 tools that I look forward to using on a regular basis.

Not everything is fishing

I haven’t seen anything from iPadOS 16 that has made me cringe, though you’ll likely appreciate some new features more than others. Instead, my biggest issue with iPadOS 16 is support, or lack thereof.

As I mentioned before about macOS 13 Ventura, one of the most promising new features on Apple platforms is Freeform, a collaborative tool for creatives. Unfortunately, this feature follows the path that Universal Control took last year. However, Freeform was announced alongside the rest of iPadOS 16 etc. Apple was quick to explain online that the feature would be coming “later this year.” In other words, not in September or October when the rest of iPadOS 16 is released.

Taking a “later this year” approach seems silly to software features, and I don’t understand why Apple keeps doing it. A better solution would be to wait and announce these tools closer to release. Apple, new software features announced outside of WWDC are always welcome!

I’ll end where I started with Stage Manager. The only thing wrong with my favorite new iPad feature is its limited availability. At least for now, Apple only offers this feature on iPad Air (5th generation), iPad Pro 12.9-inch (5th generation), and iPad Pro 11-inch (3rd generation). In discussions at WWDC, Apple suggests that the fast M1 chip is needed to run Stage Manager smoothly. That may be true, and I don’t doubt Apple about that. Still, it’s a shame that an expensive iPad Pro released just two years ago lacks a multitasking feature that would enhance its usefulness.

The ComoHow team can’t wait to see all the new features in iPadOS 16. While we do, we’ll keep you updated. Stay tuned!