The best iPad sales and deals in June 2022 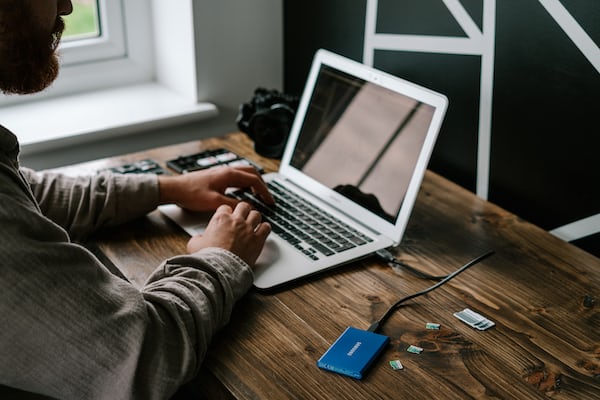 The best iPad sales and deals in June 2022

If you search, you can find some of the best-selling iPads at several different retailers. We’ve already done the legwork and found the best in every corner of the web, so you don’t have to worry about surfing the web yourself!

The iPad is one of Apple’s most popular devices and as such tends to sell out quickly. Often an iPad on sale will be in stock when you put it in your shopping cart, but will be gone at checkout.

We always recommend that if you see an iPad deal that looks great, you buy it right away. Sales don’t last long because stocks don’t last long, so grab one of the deals we’ve found here before they run out!

iPad sales today: what you need to know

At the moment, the best-selling iPads can be found on Amazon. The iPad mini 6 is currently approaching its lowest price of $409. That’s a nice $100 discount off the MSRP, and a deal that may not last long: some of the colors are already out of stock. Similarly, at Amazon you can get the iPad Air for up to $40 off full price, bringing it down to $559. While this isn’t its lowest price yet, it’s close and you never know when it’ll drop again. . Grab it while you can!

Get ready for Prime Day!

The design of the traditional iPad has hardly changed since its initial launch. Although it has become slimmer and has a Touch ID sensor, the front panel is still dominated by a screen surrounded by large bezels and a small home button at the bottom. But there’s a reason it hasn’t changed: it’s still a really cool and simple design. Under the hood, things are very different. There’s a decidedly modern A13 bionic chip, a 12MP front-facing camera, and support for Apple Pencil. The iPad for everyone. Deals are rare, though Amazon is currently taking $20 off the full price, making it $309.

After a major redesign earlier this year, the iPad Mini has become more powerful than ever. It looks like a shrunken iPad Air, with the same edge-to-edge screen as its big brother, albeit slightly smaller, of course. There’s a really nice little 12MP wide-angle shooter on the back that lets you scan documents, and your A15 Bionic keeps tasks and scanning super smooth. There’s a huge iPad Mini sale on Amazon right now – they’ve slashed nearly $90 off the price, so you can pick one up for a record $409.

The iPad Air is a very powerful mobile technology. It’s powered by an M1 chip similar to what you might find in one of Apple’s MacBook lines and features a 10.9-inch edge-to-edge Liquid Retina display. Its sleek industrial design comes in a range of cool colors, and if you want one, Amazon is currently $40 off the full price.

With the powerful M1 chip housed in its sleek aluminum case, the 11-inch iPad Pro brings some seriously cool features to the table. Its display is a step up from the Air, with its 11-inch Liquid Retina display with ProMotion increasing the refresh rate for a smoother experience. There are larger storage options, reaching dizzying heights of 2TB. It also comes at a hefty price, a price that can be discounted by $50 when you buy it on Amazon, where it’s currently listed for $749.

When you really need the biggest screen you can find on an Apple tablet, look no further than the impressively large 12.9-inch iPad Pro. Inside, it’s very similar to its 11-inch version, but not only has that dominating front-facing display grown nearly two inches, it also has the same XDR technology as Apple’s Premium Pro display. Stock levels of the 12.9-inch iPad Pro are spotty, but you can pick one up on Amazon for up to $150 off in different colors and storage options. We’d go for the 128GB Silver version – there’s a nice $100 discount to make it $999. If you want the $150 discount, then you’re looking at the $1949 2TB version.

When you buy a large slab with a touch screen, you want to protect it. There’s nothing worse than arriving at work, pulling out your shiny new iPad and discovering that a large scratch has developed on its glassy forehead, reminding you of the little extra you should have spent on protecting things like ‘your keys’. and ‘your lunchbox’. Here are some great prices on iPad cases right now.

If you want to use your 11-inch iPad Pro as a laptop, there really is no better option than the Magic Keyboard. It protects the screen when closed and has a cool hinge design that floats over the keyboard when it’s open. It’s available in black or white and is totally worth its hefty price tag, especially when it’s $50 off on Amazon.

Your new iPad Air has a bigger screen than ever, which means more screens to squash. Apple’s Smart Folio is expensive, yes, but it fits perfectly and closes with magnets that wake and put the screen to sleep. The Black Blanket is currently $10 off on Amazon, making it $69.

Which iPad is right for me?

There really is an iPad for everyone. There’s a small one, there’s a big one, and there’s one in the middle for whom size doesn’t matter. Some are more powerful than others, although they are also more expensive.

If you’re looking for the best entry in the iPad lineup at the cheapest outlay, then the iPad 10.2 2021 is the way to go. The screen is big and bright enough to watch Netflix, and if you stick an Apple Pencil in the case, you have an incredibly useful note-taking device. We called it “Apple’s most important iPad” in our 2021 iPad review, because it’s the one most people will buy.

If you’re looking for something a little smaller and more space-saving, then the iPad Mini 6 is the iPad for you. It’s a surprisingly small device that still manages to pack plenty of screen real estate and a fair amount of grunt behind its diminutive metal chassis.

Want something a little bigger and more powerful? The iPad Air 2022 will have you covered. There’s a larger 10.9-inch edge-to-edge display, as well as the monstrous M1 chip under the hood.

If power and massive screen size are your thing, then it’s the iPad Pro. Available in 11-inch and 12.9-inch screen sizes with all the power that even modern laptops would take your breath away, the iPad Pro is for you. creatives on the go who don’t have room in their bag for a MacBook, or who really like touch screens. on which to carry out your mobile computing. Just pray you don’t use it for long: all that power comes at the cost of battery life, as we found out in our iPad Pro 2021 review.

How can I find iPad deals?

First, where to look: Amazon. In general, Amazon will have the best selling iPads. You can find them at other retailers like B&H Photo, Best Buy, and Walmart, but they probably won’t be any better than the prices you’ll find on Amazon.

Do you want the best prices? You may need to opt for a different color. Amazon will often sell iPads in different colors at different prices, so the Lilac version could get a $20 discount, while the Starlight could still be full price. It’s always worth looking at all the different colors to find the best-selling iPads.

If you don’t care if it’s the latest model or not, check out yesterday’s iPads! Sometimes you’ll find great deals on iPads that are still really solid devices, just not up to date. Apple is usually pretty good at supporting their devices, so you shouldn’t worry too much about a model that’s a few months old.